Tenmoku bowls with iridescent reflections, “mirror black” porcelains, and lacquer objects with shimmering surfaces, worked in depth: in capturing the light cast by the night, certain works reveal and exalt the colours of the shadows.

It is in the wake of this chiaroscuro heritage that the collections of the Baur Foundation, rich in rare pearls, chose to converse with some of the masterpieces by the painter of “lustrous blacks”, Pierre Soulages. The affinities that his art has cultivated with the “uncanny silence” and “colours of darkness” associated with Japanese aesthetics, celebrated by Junichiro Tanizaki (1886-1965), in his essay In Praise of Shadows, though purely contingent, are no less apparent. The Japanese themselves were not mistaken; very early on they understood the serious and timeless poetry of the Aveyron artist’s work. Following each step of his career since the presentation of one of his paintings at the first May Salon in Tokyo in 1951, they have been drawn to his art’s chromatic contrasts, stripped of all sentimentality and figuration, to its imposing and calm graphic phrasing, and to the materials conceived and fashioned as so many supports for light.

Some discern a resemblance to Far Eastern calligraphy in the lines of the “sign forms” heightened with walnut stain from the early days of the painter’s career; for others, the variegated thicknesses of the “beyond blacks” suggest the depth of makie-e lacquers, paintings sprinkled with light. The aim of this exhibition is to offer another encounter with the Land of the Rising Sun, this time originating in the erected lines, sound and light that pierce the forests of bamboo; the irregular “abstract sculpture” formed, in Pierre Soulages opinion, by the “writing of the branches in space”, is responded to by the stems and knots of the bamboo modelled in chiaroscuro by an exceptional artist who has today won international renown, Tanabe Chikuunsai IV.

The heir to ancestral traditions and techniques, and the fourth representative of a prestigious line of basket makers, Tanabe Chikuunsai IV works with the plant world with a new, sculptural, and luminous perspective. “Three years to split bamboo, eight years to weave it”: it takes three years to learn how to prepare bamboo and eight years to learn how to weave it into the desired shape, and for both hands to be completely imbued with the tradition. It is this repetition of the process by many artists that has kept the craft alive and resulted in the skills it requires being handed down for 150 years. Beyond formal evolutions, the basic techniques and tools have remained much the same. Tanabe uses machetes and small knives to chop bamboo, tools handed down from his great-grandfather. There is the use of water in weaving, of fire in the bending, and of the two hands to render the impossible possible. 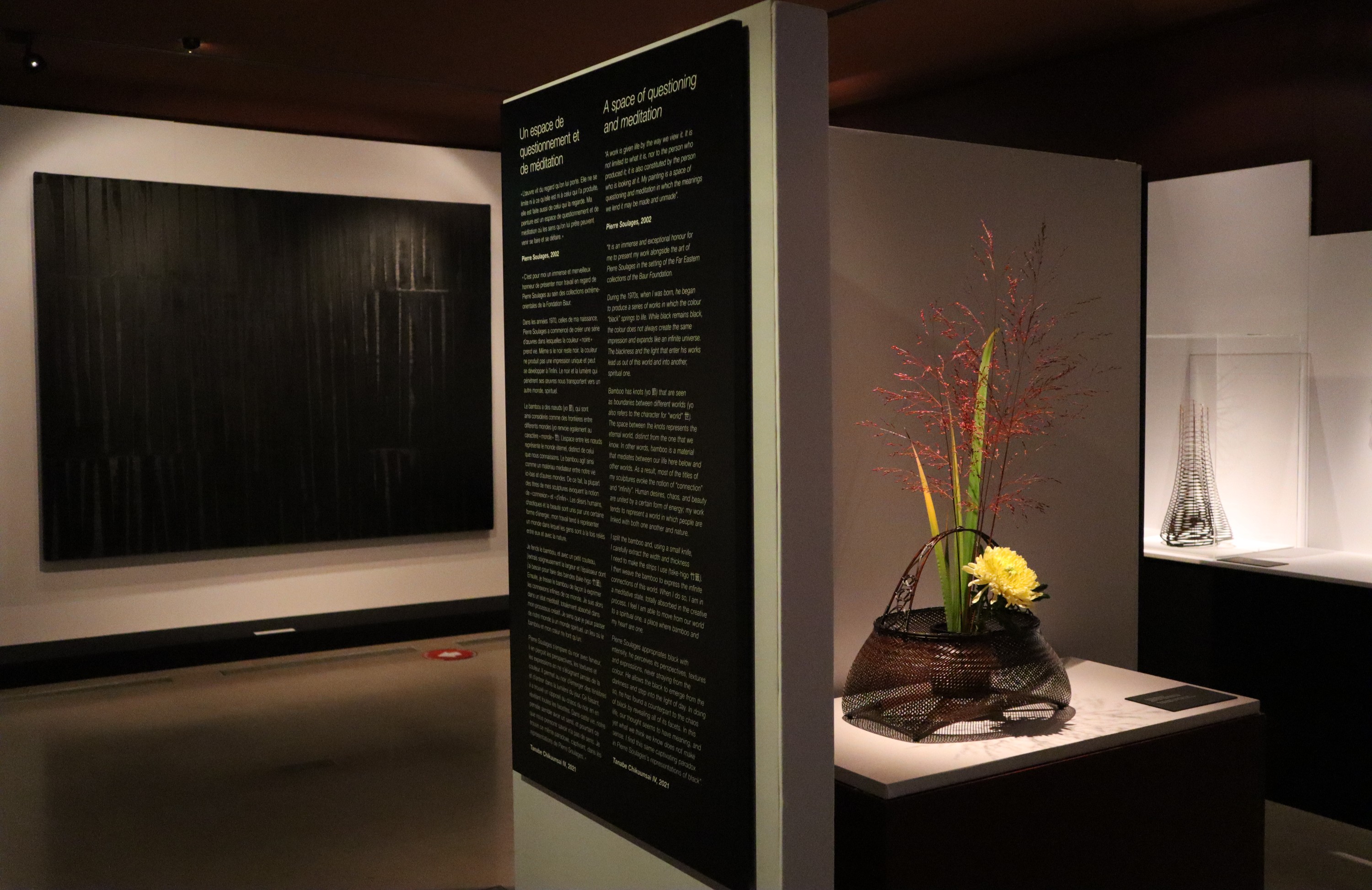