“Through my art, I strive to describe the eternal becoming of life in clear and transparent forms”

In the context of the 15th Parcours céramique carougeois, the Baur Foundation, Museum of Far Eastern Art, is pleased to welcome the ceramist Yoshikawa Masamichi, the winner of many prizes. A graduate of the Research Institute at the Japanese Design Academy, Masamichi initially considered becoming an interior decorator or architect. Having settled in Tokoname, one of the six oldest pottery centres in Japan, Masamichi wanted to become physically involved with matter and its transformation, and chose to work with ceramic with a view to developing a different form of creative expression. Working exclusively with porcelain, Masamichi develops sometimes imposing works that engage space, colour and texture and emanate a fusion of both quietude and tension. Fascinated by the relationship between volume and emptiness, he is known throughout the world for his often architectural forms covered with a transparent seihakuji celadon glaze whose fluidity on the matter occasionally results in frozen drips or pooling. Yoshikawa also likes to create designs of fine abstract lines in cobalt blue or copper red on or beneath his works which he then covers with his preferred glaze. The forms of his pieces and compositions are not arrived at by chance: they and their significations are conceived after long reflection. For Yoshikawa Masamichi the act of creation is like that of prayer. His ceramic works are imbued with the spirituality that presides over their execution and are more than pieces of architecture or containers. In the words of the artist, they need to “be a place of welcome and favourable to the kami, or spirit, that inhabits it”.

In order to respect the artist’s wishes to make the works presented available to art lovers, the Baur Foundation is being partnered by the Galerie du Don, located in the countryside of the Aveyron in France. Directed by Nigel and Kélian Atkins, this gallery will take over the entire exhibition at the end of the Foundation’s event and present it in 2018. 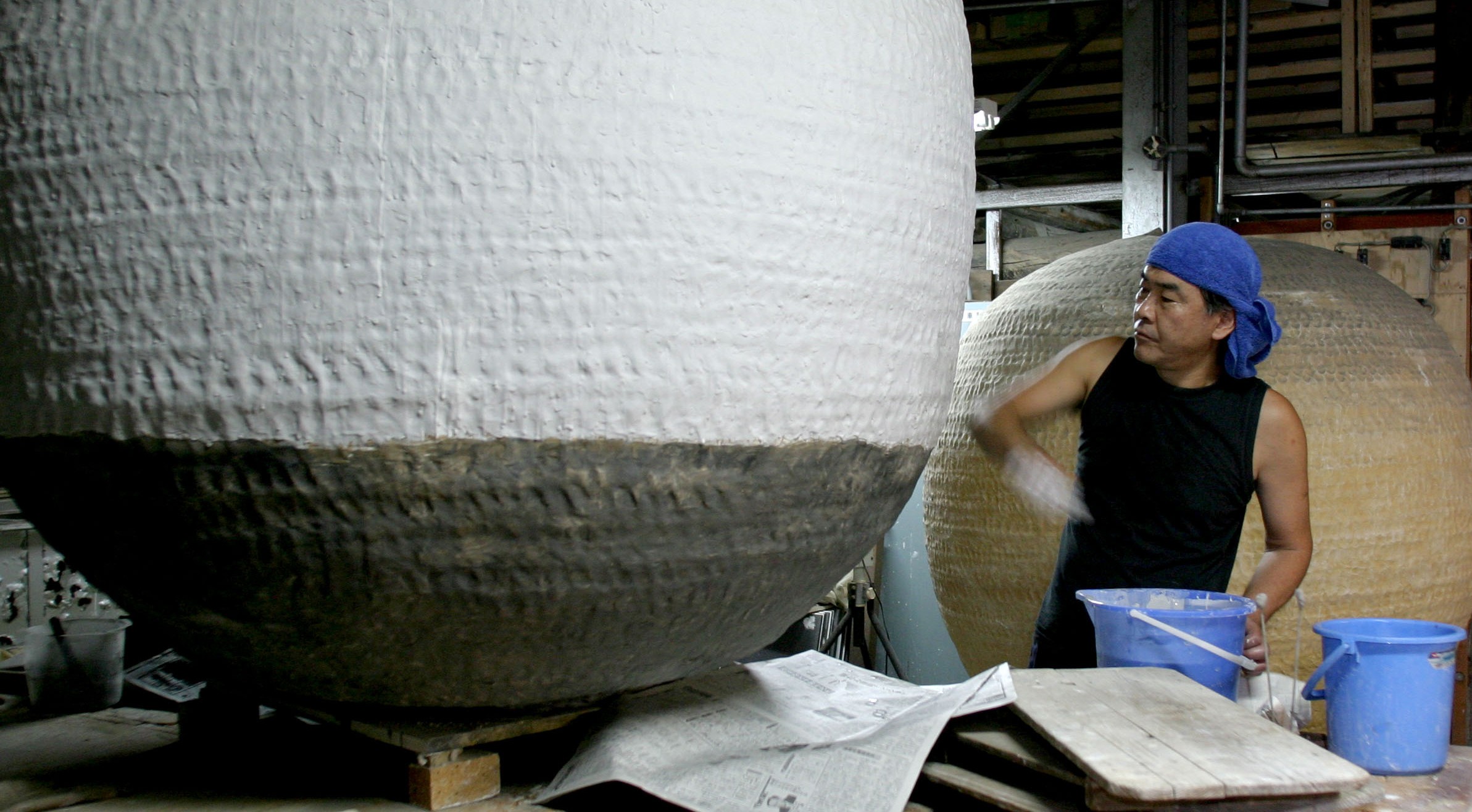